Will a year of devotional practice allow me to be immeasurably wiser and more penetrating?

Praise the Lord from heaven,
you that live in the heights above.
Praise him, all his angels,
all his heavenly armies.

Praise him, sun and moon;
praise him, shining stars.
Praise him, highest heavens,
and the waters above the sky.[a]

Let them all praise the name of the Lord!
He commanded, and they were created;
by his command they were fixed in their places forever,
and they cannot disobey.[b]

Praise the Lord from the earth,
sea monsters and all ocean depths;
lightning and hail, snow and clouds,
strong winds that obey his command.

Praise him, hills and mountains,
fruit trees and forests;
all animals, tame and wild,
reptiles and birds.

Praise him, kings and all peoples,
princes and all other rulers;
young women and young men,
old people and children too.

Let them all praise the name of the Lord!
His name is greater than all others;
his glory is above earth and heaven.
He made his nation strong,
so that all his people praise him—
the people of Israel, so dear to him.

The Church of England has this prayer added to this psalm —

may heaven’s praise so echo in our hearts

that we may be good stewards of the earth;

Click here for a prayer from a Presbyterian minister based on this psalm.

Here is a prayer based on this verse – “He commanded, and they were created;
by his command they were fixed in their places forever,
and they cannot disobey.” – verse 6 —

How we praise and thank You, heavenly Father, for all that You have created. Praise the Lord, for You are worthy of all honour from the heavens above and the earth beneath. Thank You for sending Jesus to be my Redeemer and thank You that He was willing to stretch out His arms of love for me – on the cross of Calvary. You alone are worthy of all honour and glory, for all that You are, all that You have done and all that You have promised to do. Thank You that the works of Your hand are established forever and Your decrees will not pass away. How I praise You that I will be part of that celestial chorus to honour You in the ages to come – in Jesus’ name, I pray, AMEN.

Here’s a combination call to worship/prayer of praise inspired by this psalm.  It was written by Joan Stott —

We gather to praise you O God,

for all the things we can see, and sometimes understand:

the sun, moon and stars; the clouds and changing weather:
We join in their eternal chorus of praise to God.

We gather to praise you, O God,

for all the things that we cannot see or understand:

all heaven’s angels, outer space; and the skies above us;
We join in their eternal chorus of praise to God.

We gather to praise you O God,

for all the things in life that we experience:

the created world, people of all ages and circumstances,

all God’s creations.
We join in their eternal chorus of praise to God:
whose name is glorious, and whose ways are holy. Amen.

This is not a ‘word of praise’ slapped onto whatever
mess we are in at the moment. This crafted
conclusion of the Psalms tells us that our prayers
are going to end in praise, but that it is also
going to take awhile. Don’t rush it. It may take
years, decades even, before certain prayers arrive
at the hallelujahs….Not every prayer is capped off
with praise. In fact most prayers, if the Psalter
is a true guide, are not. But prayer, a praying
life, finally becomes praise. Prayer is always
reaching towards praise and will finally arrive
there. If we persist in prayer, laugh and cry,
doubt and believe, struggle and dance and then
struggle again, we will surely end up at Psalm 150,
on our feet, applauding, “Encore! Encore!” – Eugene Peterson 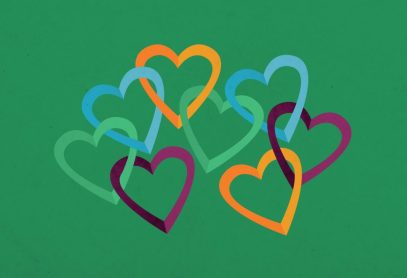 There was a practice repeated twice in Deuteronomy that drew my atttention today only because there was an added – liturgy, if you well – that was a very powerful addition.

Basically, the practice was something to take place every third year. God wanted His people to give generously to the those that were possibly hurting, financially. They were identified as the foreigner, those children who had no father and those women who had no husband and no children. The priests were also on that list because they were given no inheritance of their own when they entered the promised land. It was called a tithe – a gift of 10% of the blessing or increase given to one by God. While the gift was being given, a vow had to be given that the worshipper was indeed coming to bring their tithe as a fulfillment of God’s request. This is where I found myself meditating – it was in this place of obedience that the worshipper would take a moment to pray asking God to bless His people.

Look down from your holy place in heaven and bless your people Israel; bless also the rich and fertile land that you have given us, as you promised our ancestors. – Deuteronomy 26:15  GNT

I never realized that my obedience in giving allows me the opportunity to bless the community of believers in such a powerful way.

Personalizing God’s promises means that I make His promise mine. Here is another.

But because of our sins he was wounded,
beaten because of the evil we did.
We are healed by the punishment he suffered,
made whole by the blows he received. – Isaiah 53:5  GNT

I am believing that the blessing I can pray over others includes healing.

In your thoughts of Christ, be very careful that they are conceived and directed according to the rule of the word, lest you deceive your own souls, and give up the conduct of your affections unto vain imaginations. Spiritual notions befalling carnal minds did once, by the means of superstition, ruin the power of religion. A conviction men had that they must think much of Jesus Christ, and that this would make them conformable unto him; but having no real evangelical faith, nor the wisdom of faith to exercise it in their thoughts and affections in a due manner, nor understanding what it was to be truly like unto him, they gave up themselves unto many foolish inventions and imaginations, by which they thought to express their love and conformity unto him. They would have images of him, which they would embrace, adore, and bedew with their tears. They would have crucifixes, as they called them, which they would carry about them, and wear next unto their hearts, as if they resolved to lodge Christ always in their bosoms. They would go in pilgrimage to the place where he died and rose again, through a thousand dangers, and purchase a feigned chip of a tree whereon he suffered, at the price of all they had in the world. They would endeavour, by long thoughtfulness, lastings, and watchings, to cast their souls into raptures and ecstasies, wherein they fancied themselves in his presence. They came at last to make themselves like him, in getting impressions of wounds on their sides, their hands, and feet. Unto all these things, and sundry others of a like nature and tendency, did superstition abuse and corrupt the minds of men, from a pretence of a principle of truth; for there is no more certain gospel truth than this, that believers ought continually to contemplate on Christ by the actings of faith in their thoughts and affections, and that thereby they are changed and transformed into his image, 2 Cor. iii. 18. And we are not to forego our duty because other men have been mistaken in theirs, nor part with practical, fundamental principles of religion because they have been abused by superstition. But we may see herein how dangerous it is to depart in any thing from the conduct of Scripture light and rule, when for want thereof the best and most noble endeavours of the minds of men, even to love Christ and to be like unto him, do issue in provocations of the highest nature.

Pray, therefore, that you may be kept unto the truth in all things, by a diligent attendance unto the only rule thereof and conscientious subjection of soul unto the authority of God in it; for we ought not to suffer our affections to be entangled with the paint or artificial beauty of any way or means of giving our love unto Christ which are not warranted by the word of truth. Yet I must say that I had rather be among them who, in the actings of their love and affection unto Christ, do fall into some irregularities and excesses in the manner of expressing it (provided their worship of him be neither superstitious nor idolatrous), than among those who, professing themselves to be Christians, do almost disavow their having any thoughts of or affection unto the person of Christ. But there is no need that we should foolishly run into either of these extremes. God hath in the Scripture sufficiently provided against them both. He hath both showed us the necessity of our diligent acting of faith and love on the person of Christ, and hath limited out the way and means whereby we may so do; and let our designs be what they will, where in any thing we depart from his prescriptions, we are not under the conduct of his Spirit, and so are sure to lose all that we do. – John Owen