Will a year of devotional practice allow me to be immeasurably wiser and more penetrating? 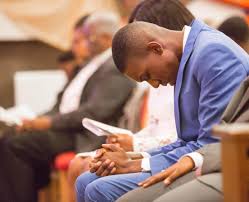 The first serious conflict, that really affected me, was between Paul and Barnabas. These two changed the world as God called them to be missionaries to the world. They did amazing things together and their bond was strong and that went quite a few years back when Barnabas became a friend of Paul when he was known as Saul.

Here is what happened —

Some time later Paul said to Barnabas, “Let us go back and visit the believers in every town where we preached the word of the Lord, and let us find out how they are getting along.” Barnabas wanted to take John Mark with them, but Paul did not think it was right to take him, because he had not stayed with them to the end of their mission, but had turned back and left them in Pamphylia. There was a sharp argument, and they separated: Barnabas took Mark and sailed off for Cyprus, while Paul chose Silas and left, commended by the believers to the care of the Lord’s grace. He went through Syria and Cilicia, strengthening the churches. – Acts 15:36-41  GNT

I also struggled with the church’s response to the conflict. It seems that they favoured Paul and that all of a sudden Barnabas was of no concern as he left with his nephew to Cyprus. There was no prayer, no sending off, nothing. When Paul left, he was sent with prayers and blessing. Remember, they knew Barnabas much longer than Paul. I am thankful that Paul, in the midst of the disagreement and contention allowed the church to love him and pray for him.

I will give them the desire to know that I am the Lord. Then they will be my people, and I will be their God, because they will return to me with all their heart. – Jeremiah 24:7  GNT

There is a boldness that blind Bartimaeus teaches me about prayer. He also teaches me to pray God sized prayers that I can believe in by faith knowing that He will hear and answer them.

They came to Jericho, and as Jesus was leaving with his disciples and a large crowd, a blind beggar named Bartimaeus son of Timaeus was sitting by the road. When he heard that it was Jesus of Nazareth, he began to shout, “Jesus! Son of David! Have mercy on me!”

Many of the people scolded him and told him to be quiet. But he shouted even more loudly, “Son of David, have mercy on me!”

Jesus stopped and said, “Call him.”

So they called the blind man. “Cheer up!” they said. “Get up, he is calling you.”

So he threw off his cloak, jumped up, and came to Jesus.

“What do you want me to do for you?” Jesus asked him.

“Teacher,” the blind man answered, “I want to see again.”

I pray that my prayer walk with God will be evident when I pray with others so that my confidence and boldness, even in the midst of contention, will encourage others to know that God does in fact hear and answer prayer.

Prayer is not simply petition, but strenuous petition.  It is not just passive surrender but active pleading with God.  It involves not only submission to the will of God but seeking to change his will.  It consists not merely in reflection on the promises of God but in taking hold of those promises (cf. Isaiah 64:7).  It is often said by those who are attracted to mystical or to philosophical prayer that our petitions change our attitude toward God but that they have no real effect upon God, who is unchangeable and impassible.   My contention is that prayer does effect a change in God’s attitude to us and in his dealings with us. Prayer is reciprocal: it has a definite impact on both parties involved.  That God permits prayer to exert an influence on him is attested throughout the Scriptures (Abraham’s bargaining for Sodom – Genesis 18:22-33;  Nineveh’s repentance after Jonah’s preaching – Jonah 3:10; Moses’ intercession after Israel’s idolatry – Psalm 106:2; the staying of the plague when Phinehas prayed – Psalm 106:30; Amos stopping the judgment of God from falling on Israel – Amos 7:1-6).  In this light we can understand Spurgeon’s contention that “prayer is able to prevail with heaven and bend omnipotence to its desires.”  Prayer in the sense of striving with God in order to alter his ways with his people is utter nonsense to the philosopher… Against the philosophical understanding of prayer Karl Barth insisted that real prayer presupposes a living God who hears and acts – “He is not deaf, he listens; more than that, he acts.  He does not act in the same way whether we pray or not.  Prayer exerts an influence upon God’s action, even upon his existence.  This is what the word ‘answer’ means.”  Christian faith, to be sure, affirms the essential trustworthiness of God’s declared will and purpose for the world; God cannot deny or contradict himself.  Yet Scripture makes clear that God has chosen to work out his purposes in cooperation with his children. His ultimate will is inflexible, but the ways by which he seeks to implement this will are flexible.  He does not change his final purpose, but he does alter his methods for realizing this purpose. He is unchangeable in his holiness and righteousness, but changeable in the giving of his grace.  Prayer, as Fosdick observed, cannot change God’s intention, but it can change God’s action. – Donald Bloesch

Moses prayed that God would reveal Himself, show him His glory and let him see His kingdom. This is the revelation that God responded with and it reminds me of how I should come to my God in prayer.

The Lord came down in a cloud, stood with him there, and pronounced his holy name, the Lord.[a] The Lord then passed in front of him and called out, “I, the Lord, am a God who is full of compassion and pity, who is not easily angered and who shows great love and faithfulness. I keep my promise for thousands of generations[b] and forgive evil and sin; but I will not fail to punish children and grandchildren to the third and fourth generation for the sins of their parents.”

Moses quickly bowed down to the ground and worshiped. – Exodus 5:8 GNT

This is my God – the one I serve – who reigns as Lord and King over all – the one I will worship.

When I am therefore asked, but it is in the form of a commandment, to love one another, it matters.

It encapsulates all the others and expresses God’s entire will – His plan already in heaven to be realized here on earth. Through prayer I know what His will is and He gives me all the resources I need to accomplish it – may I be obedient.

Somehow I see Moses on his knees when he engages with God. I see Paul on his knees too when he prays prayers like this. He talks about God’s love as well.

For this reason I fall on my knees before the Father, from whom every family in heaven and on earth receives its true name. I ask God from the wealth of his glory to give you power through his Spirit to be strong in your inner selves, and I pray that Christ will make his home in your hearts through faith. I pray that you may have your roots and foundation in love, so that you, together with all God’s people, may have the power to understand how broad and long, how high and deep, is Christ’s love. Yes, may you come to know his love—although it can never be fully known—and so be completely filled with the very nature of God. – Ephesians 3:14-19 GNT

Typically, Jewish prayers are offered standing up. Paul is on his knees because he is in the presence of his King. We worship with a sense of reverence and respect. There is intimacy in prayer for even as the Sovereign God He is my Father. There is no rule that I need to be on my knees, it is the posture I find myself sometimes when I am in His presence. I love the presence of the Trinity in Paul’s prayer too.

“It may happen occasionally that I may get lost among so many ideas in  one petition that I forgo the other six (the Lord’s prayer). If such an abundance of good thoughts comes to us, we ought to disregard the other petitions, make room for such thoughts, listen in silence, and under no circumstances obstruct them. The Holy Spirit preaches here, and one word of his sermon is far better than a thousand of our prayers.” – Luther